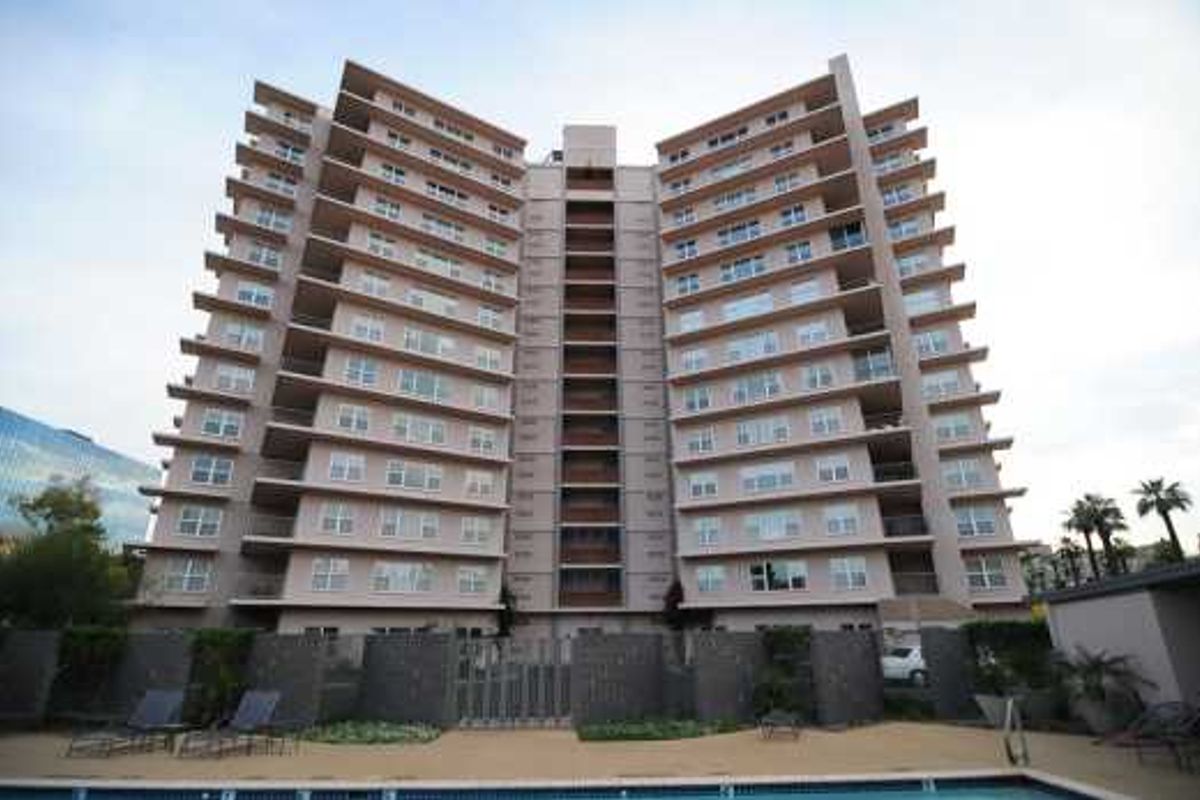 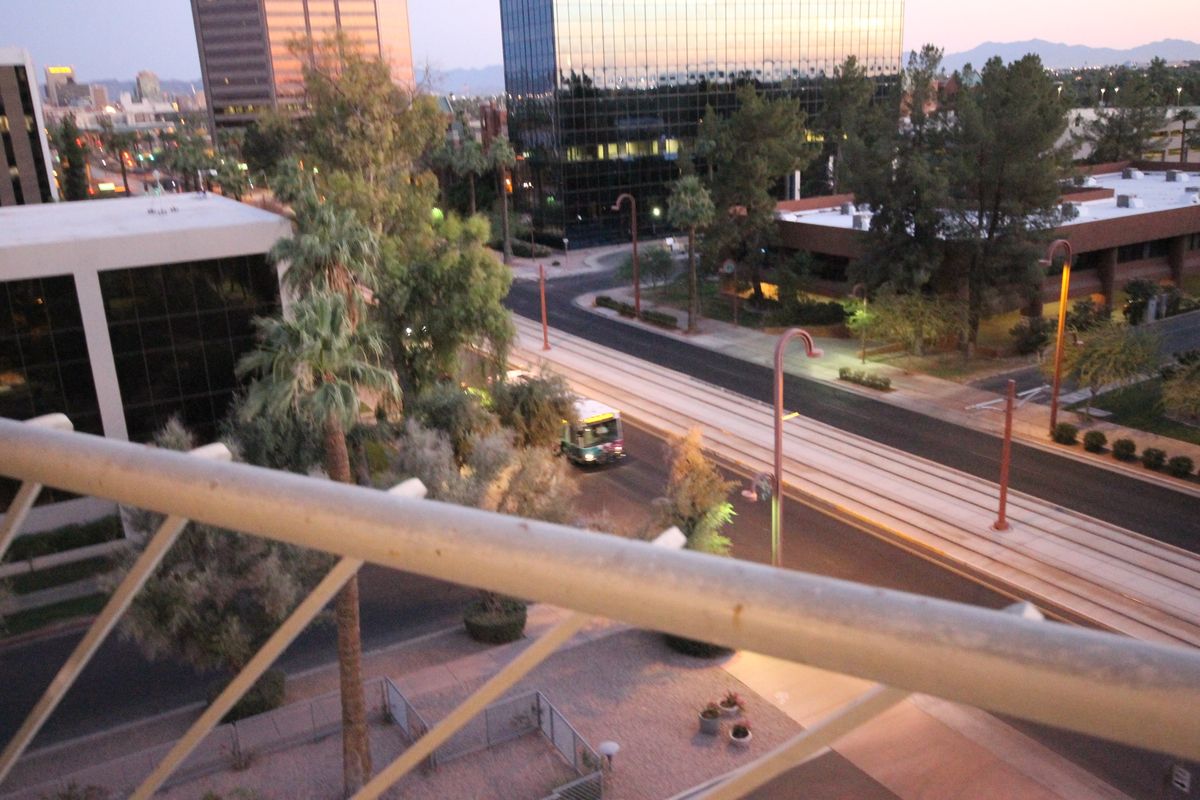 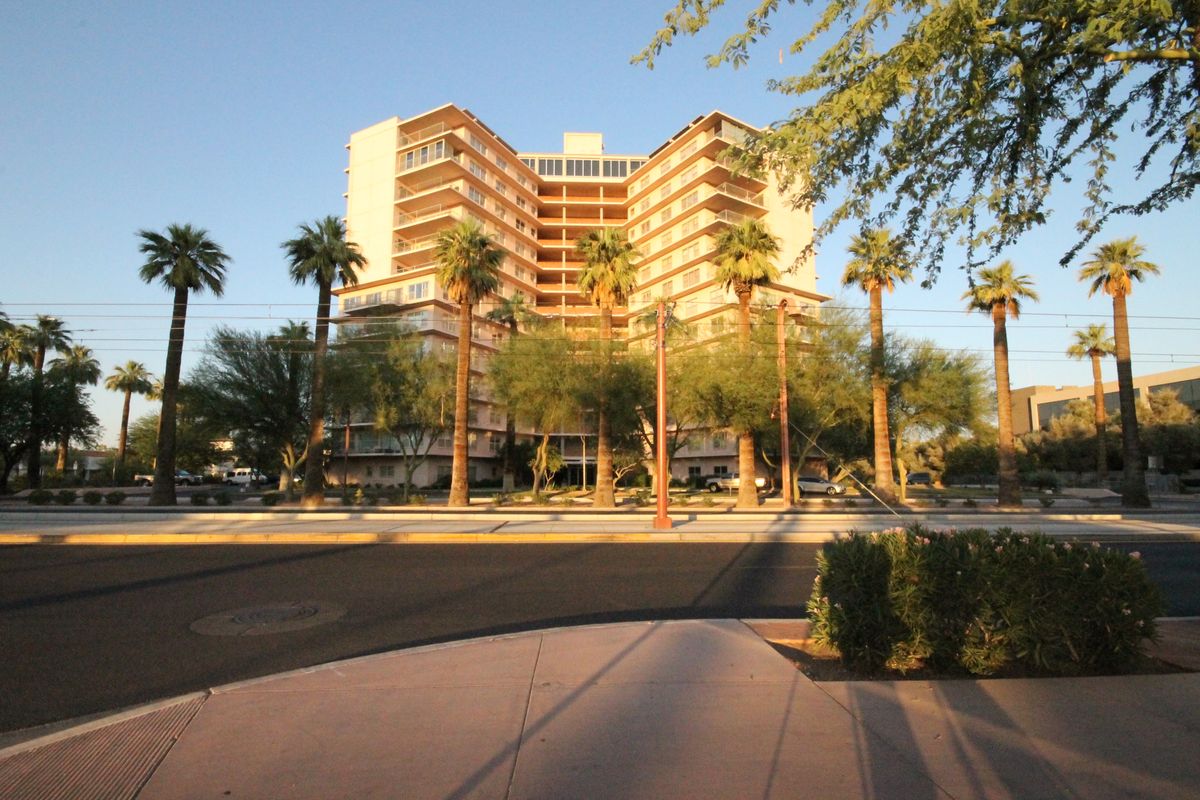 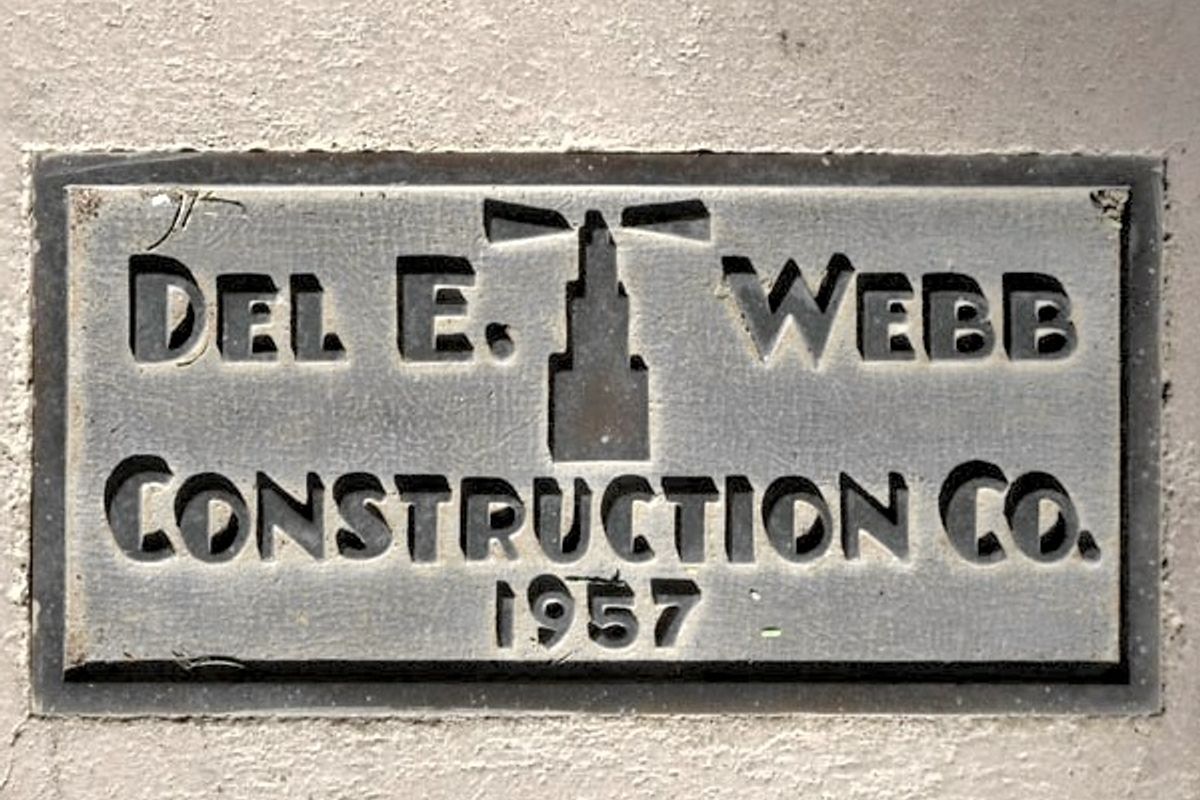 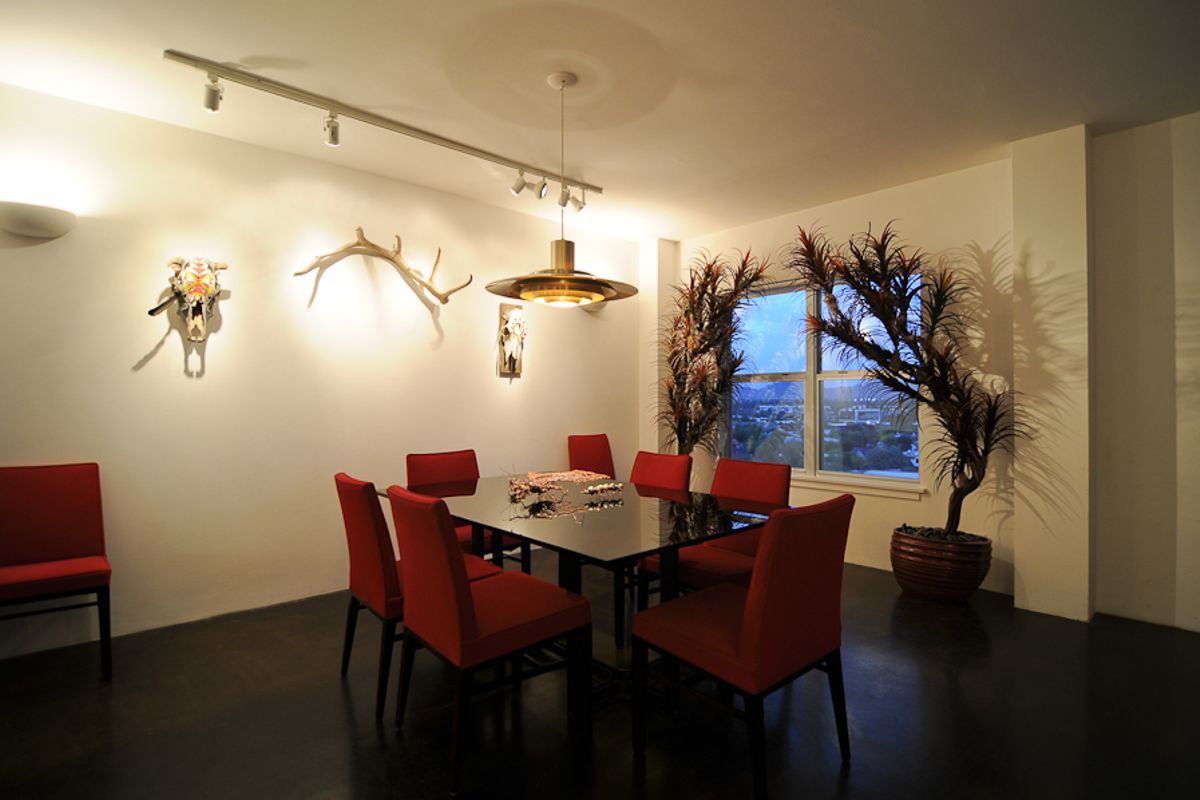 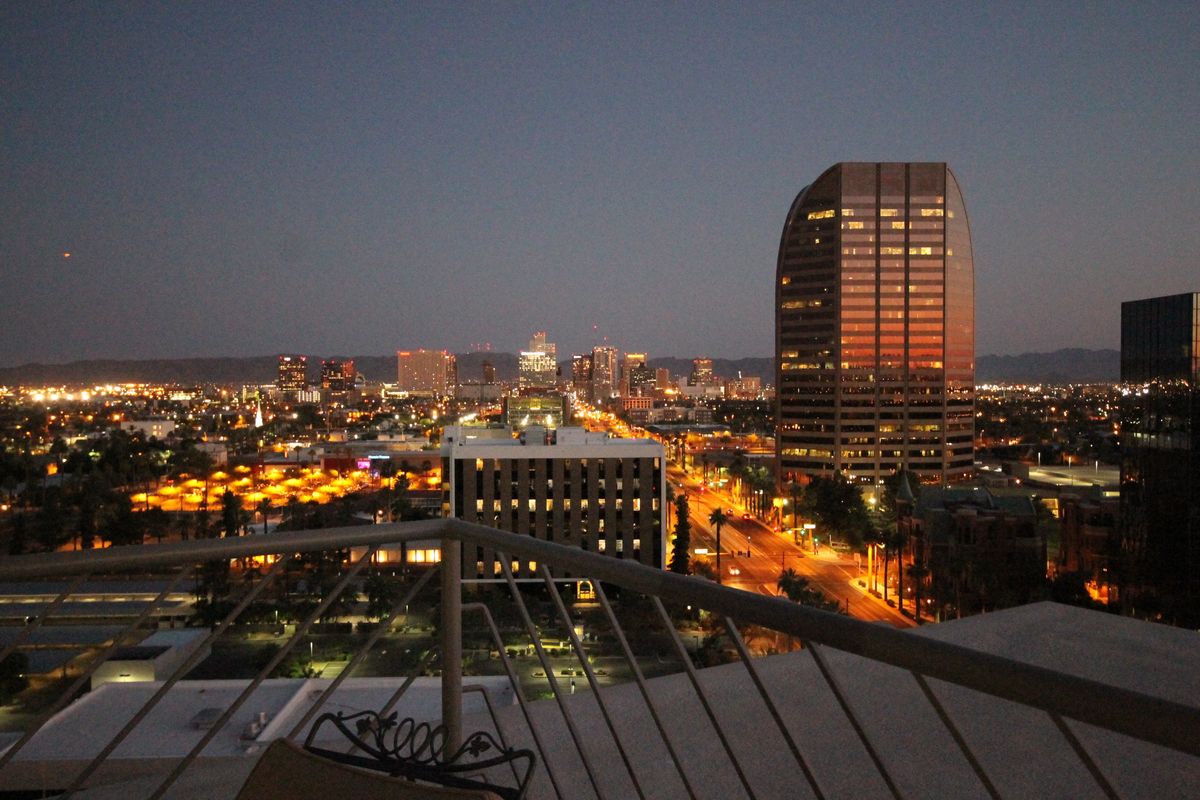 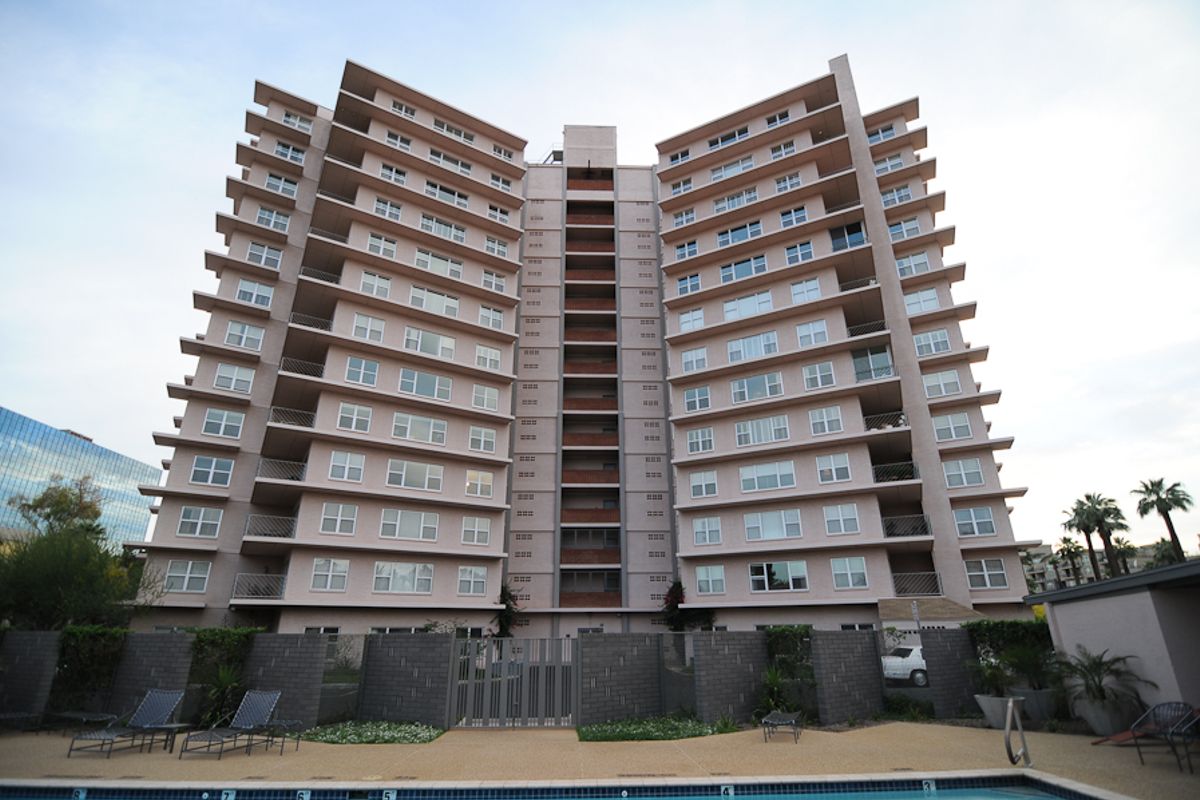 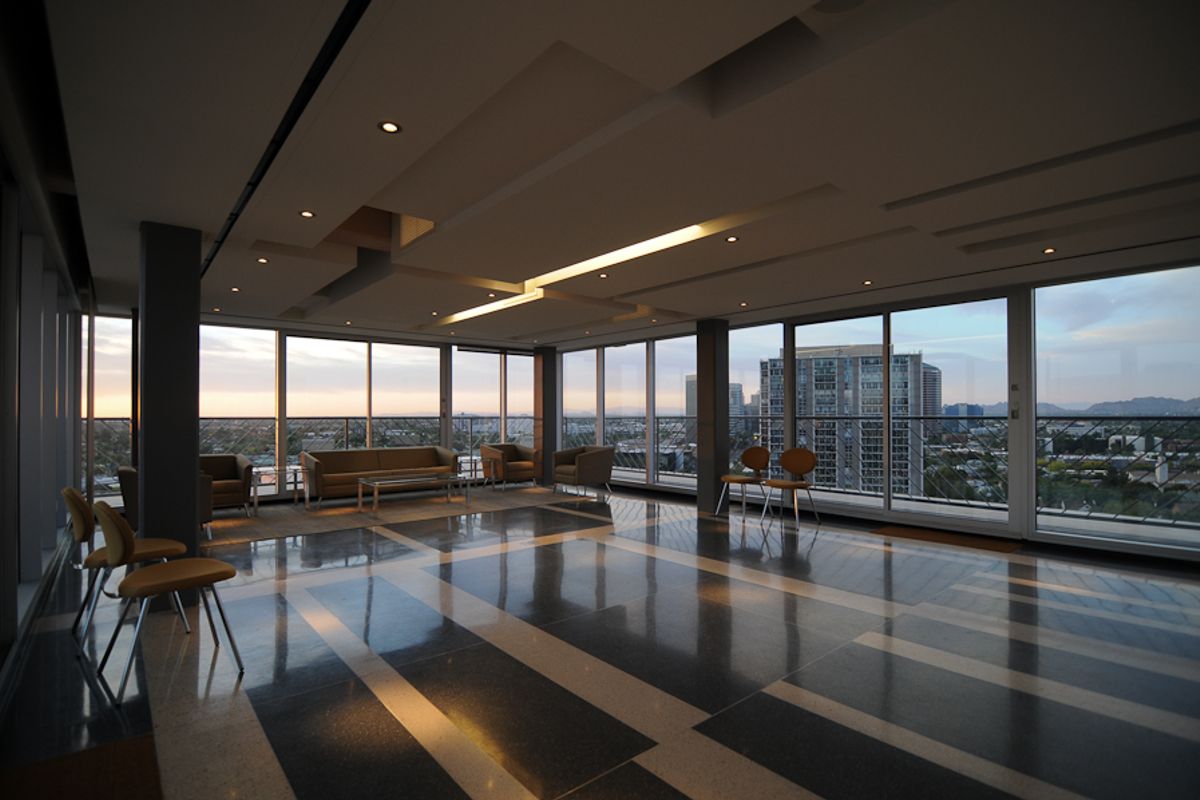 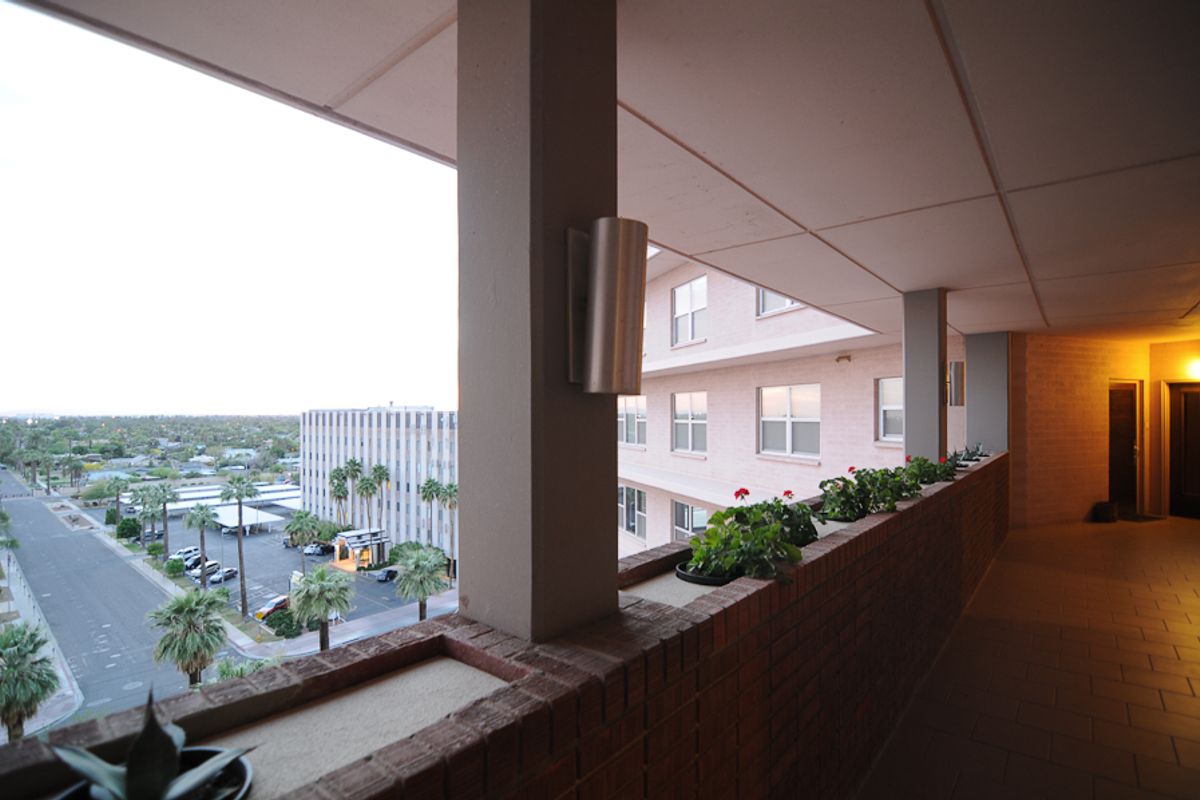 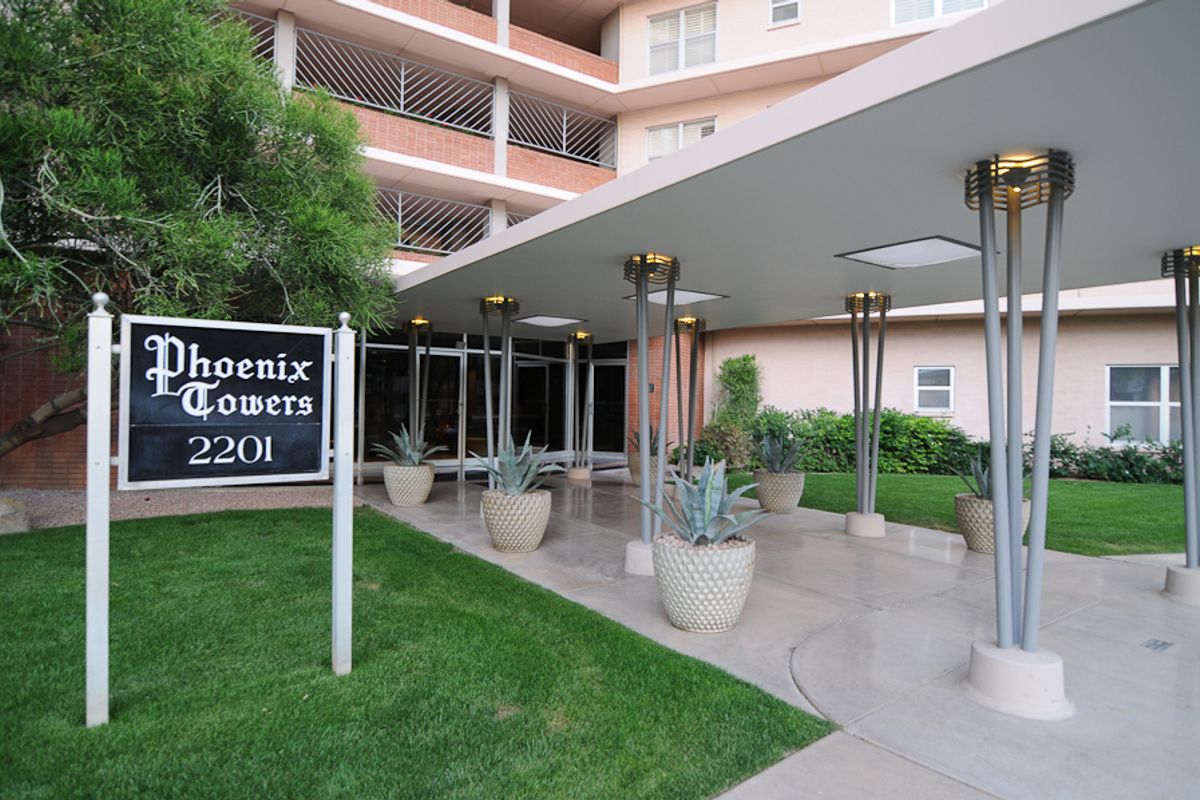 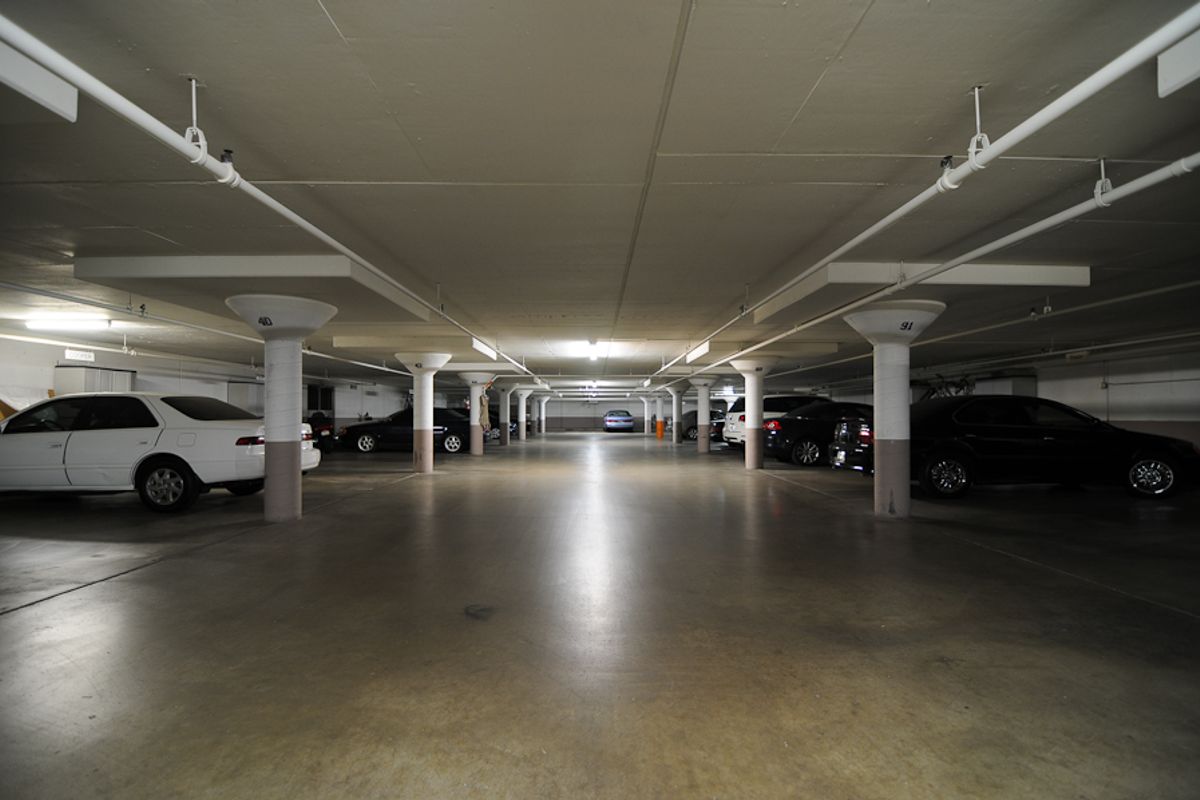 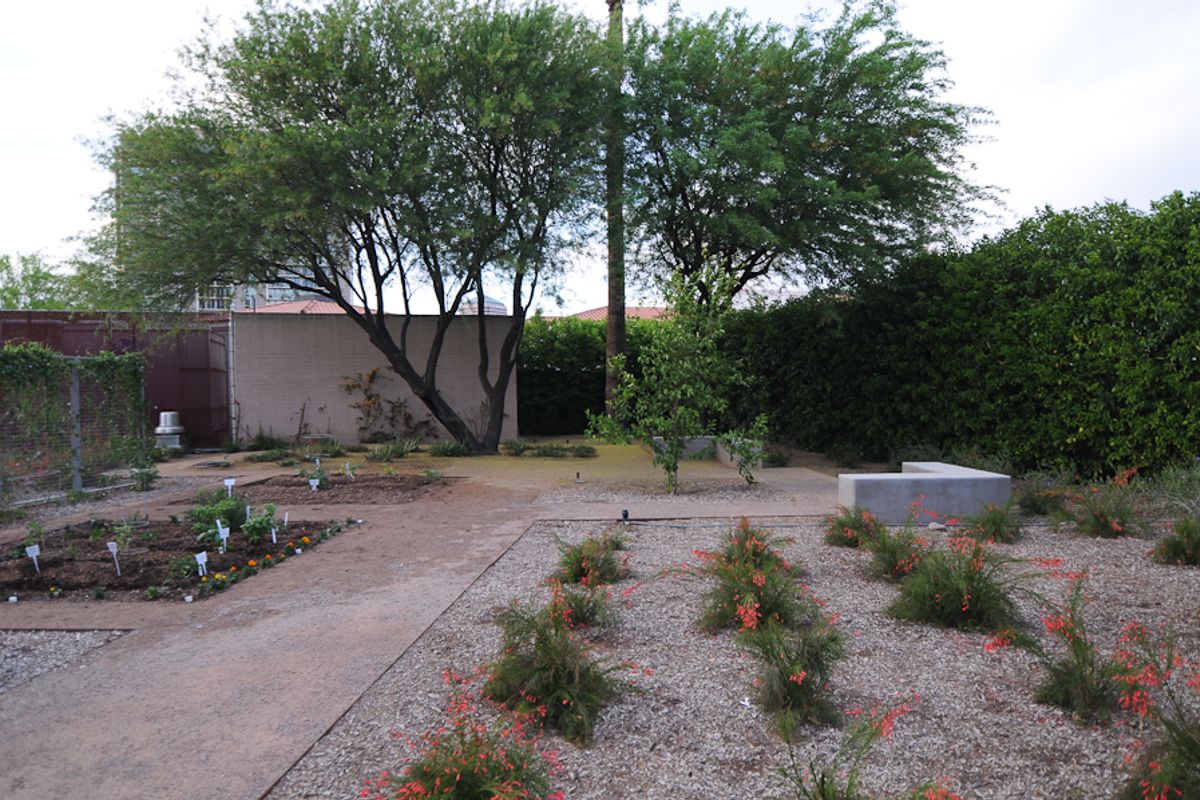 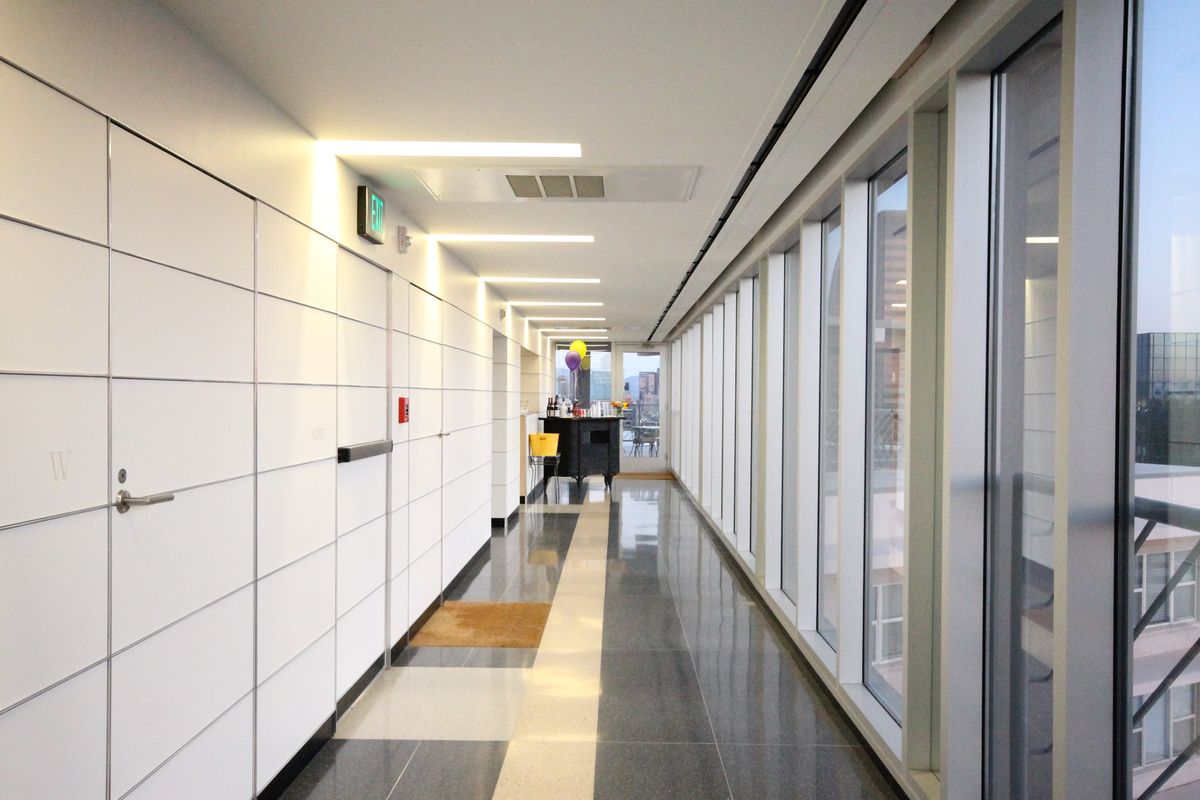 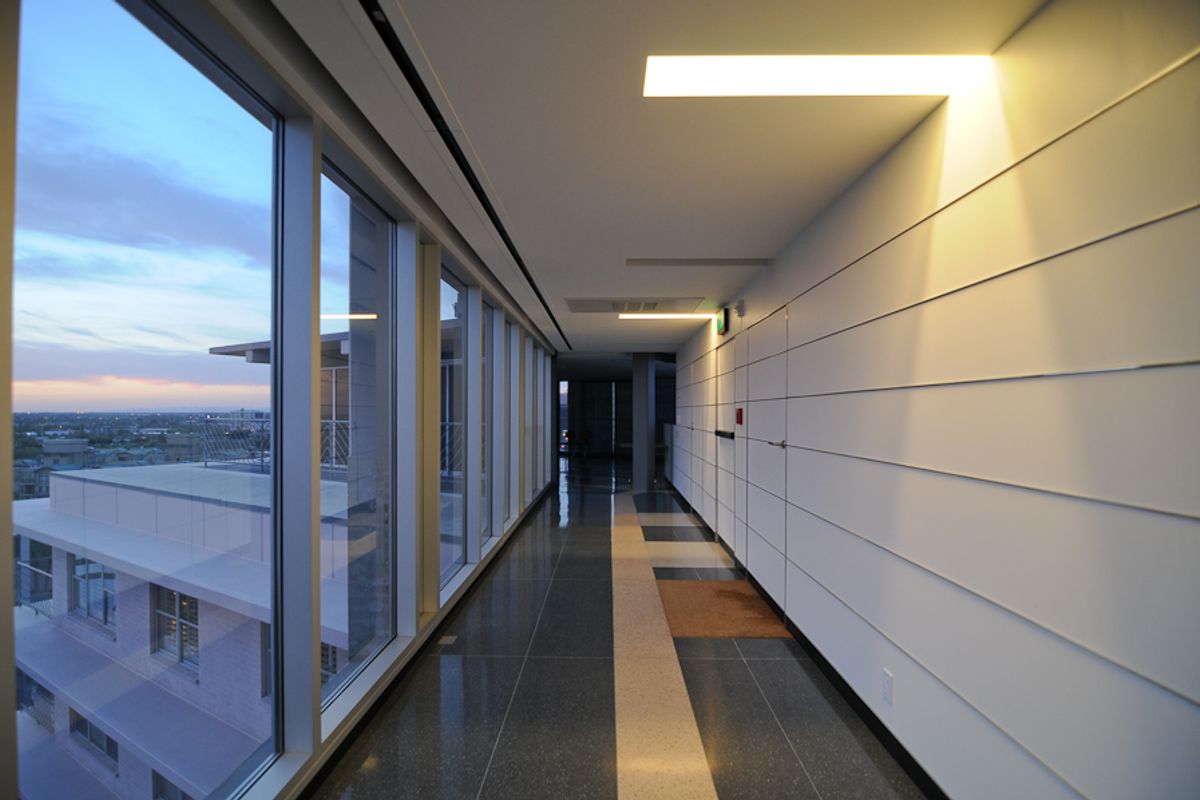 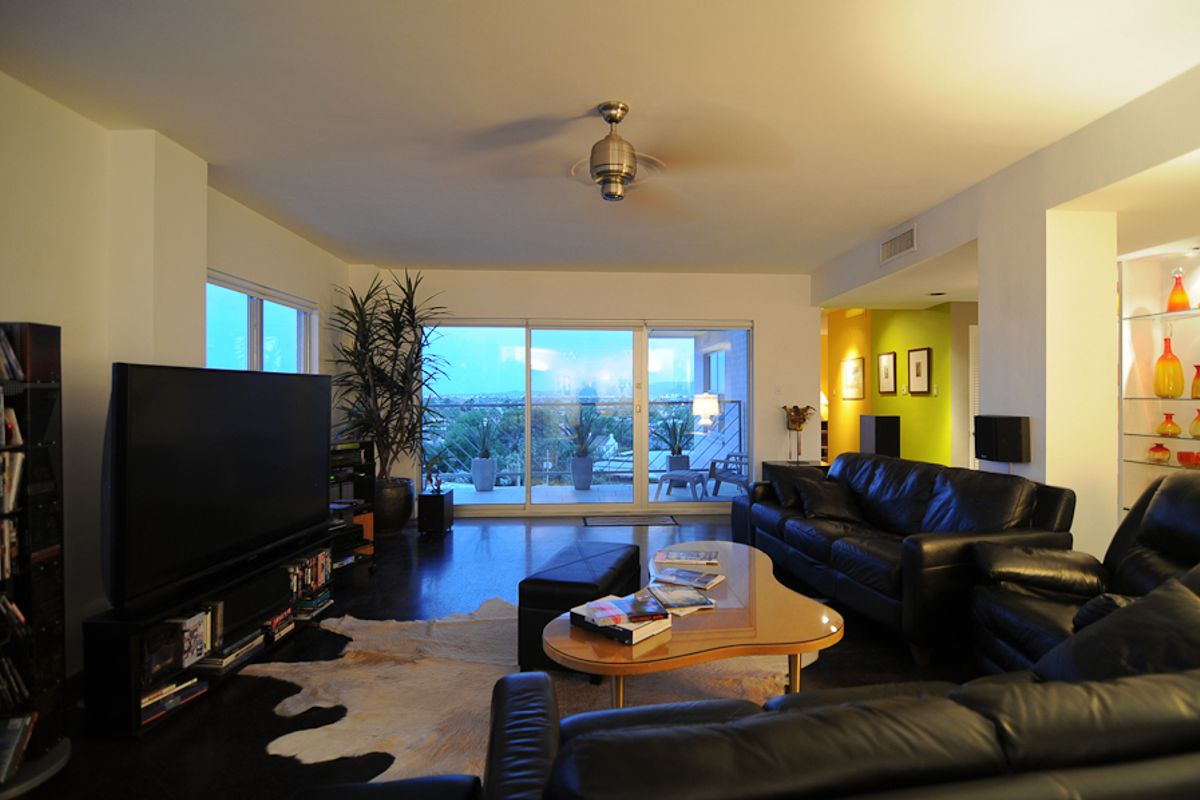 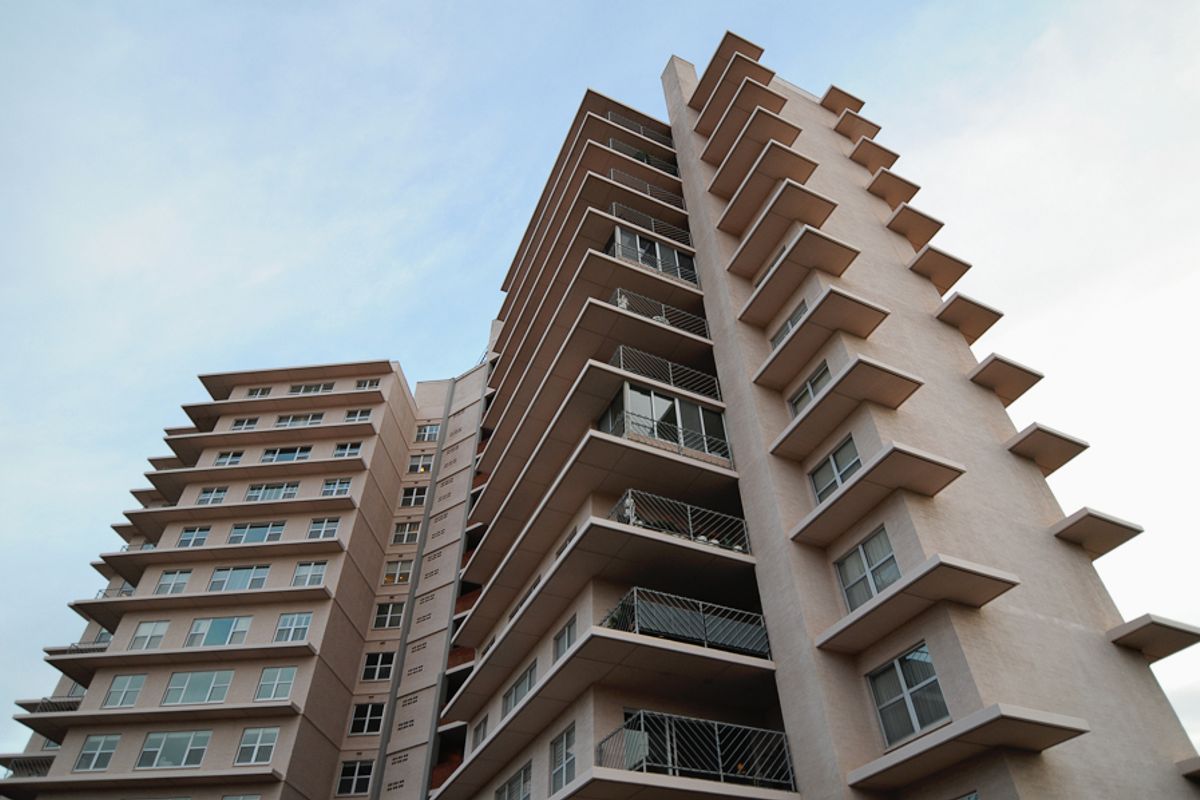 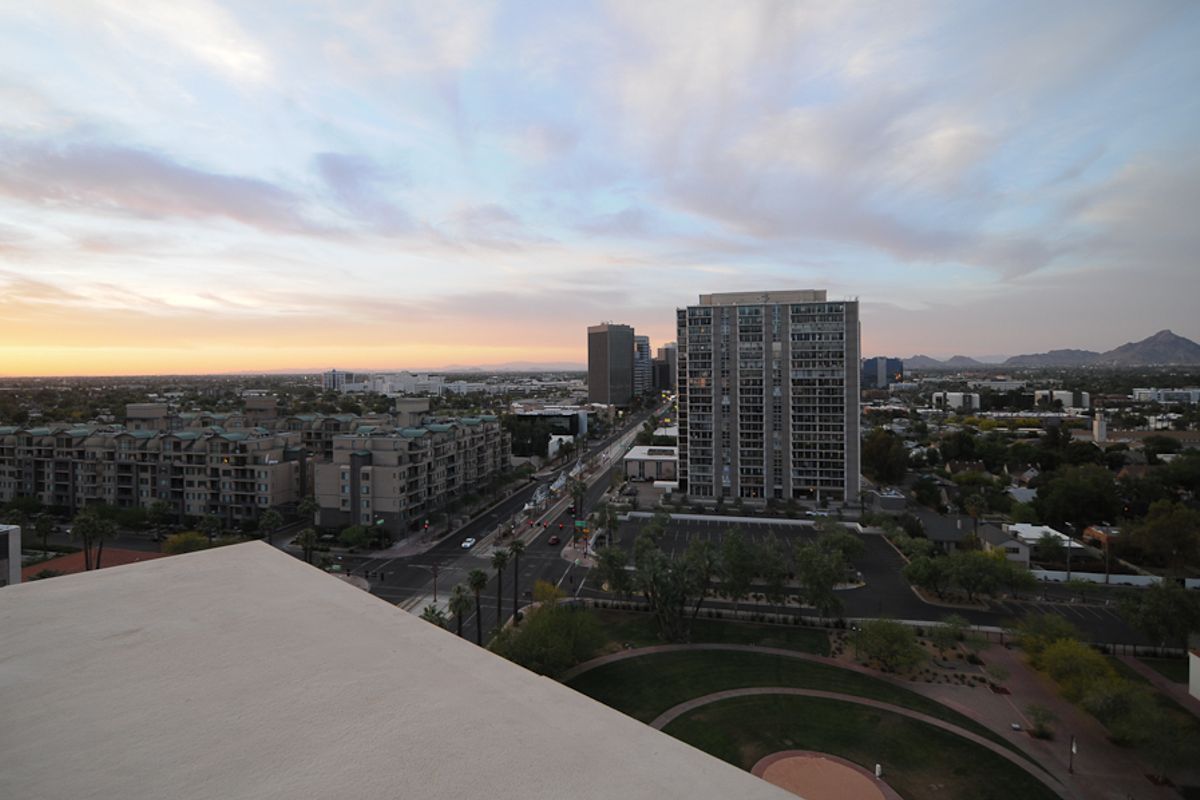 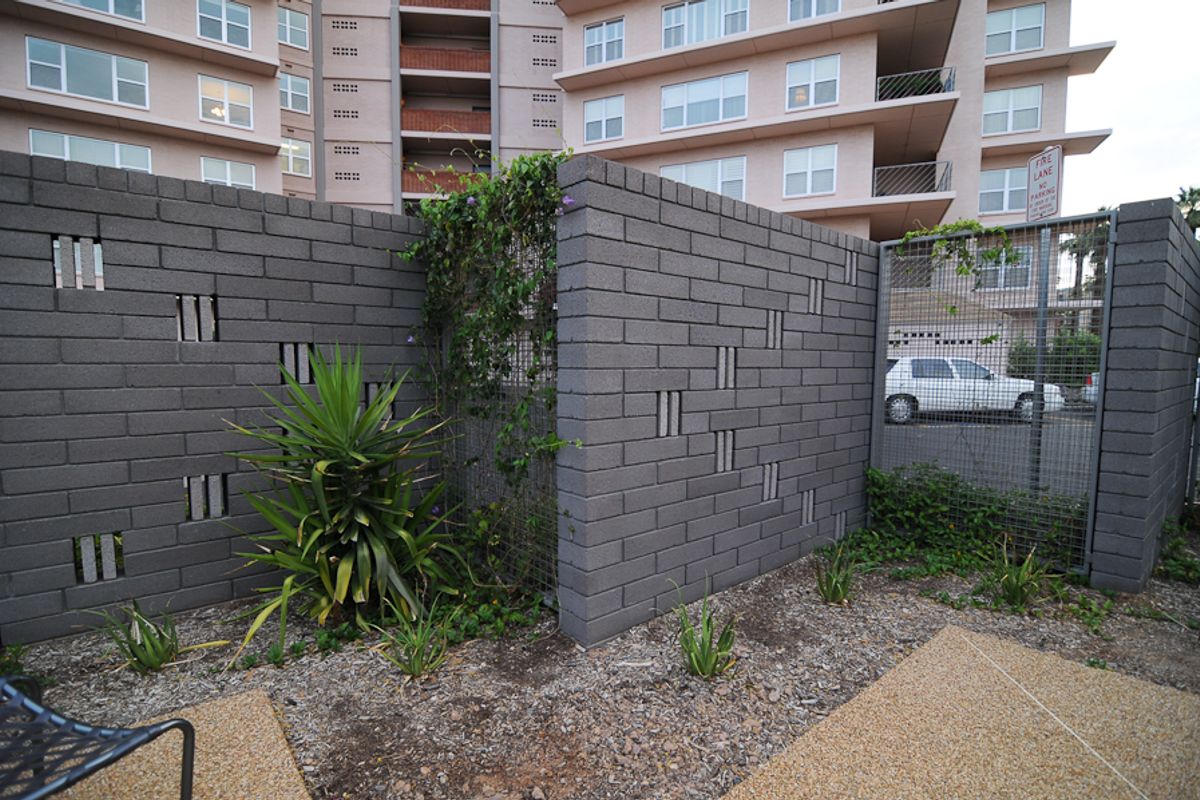 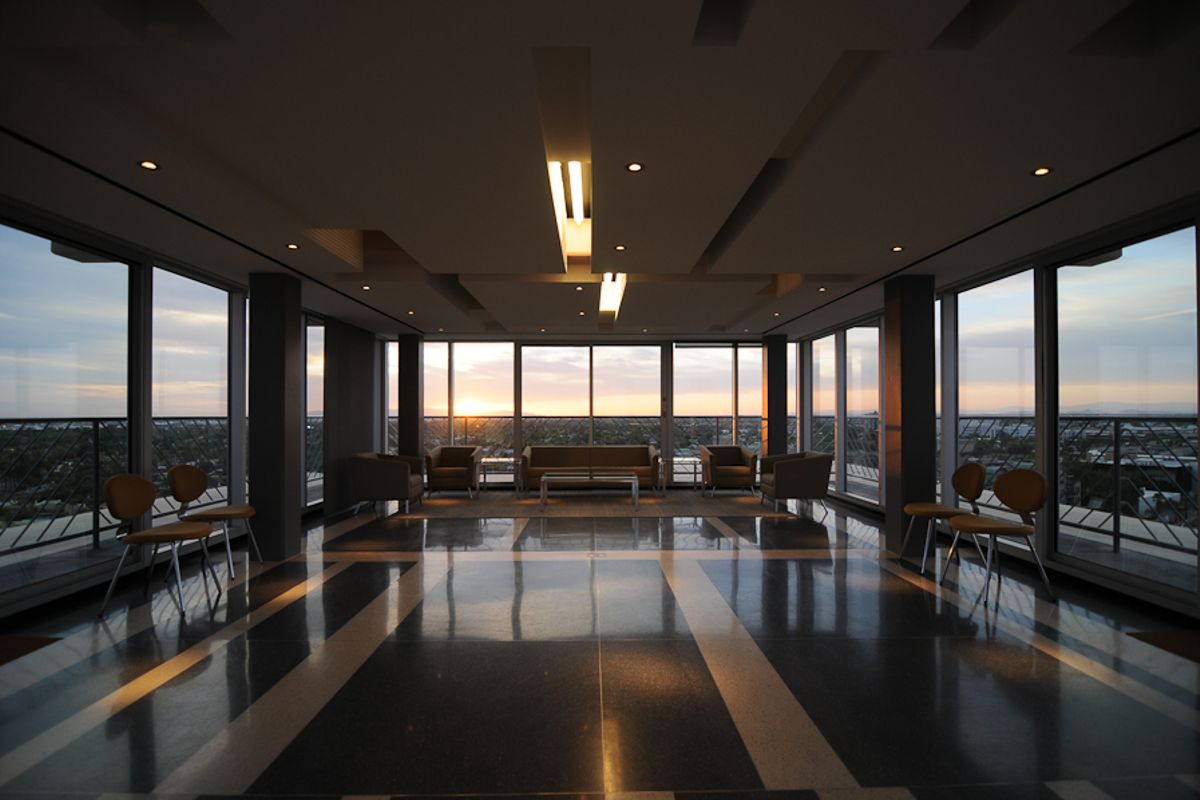 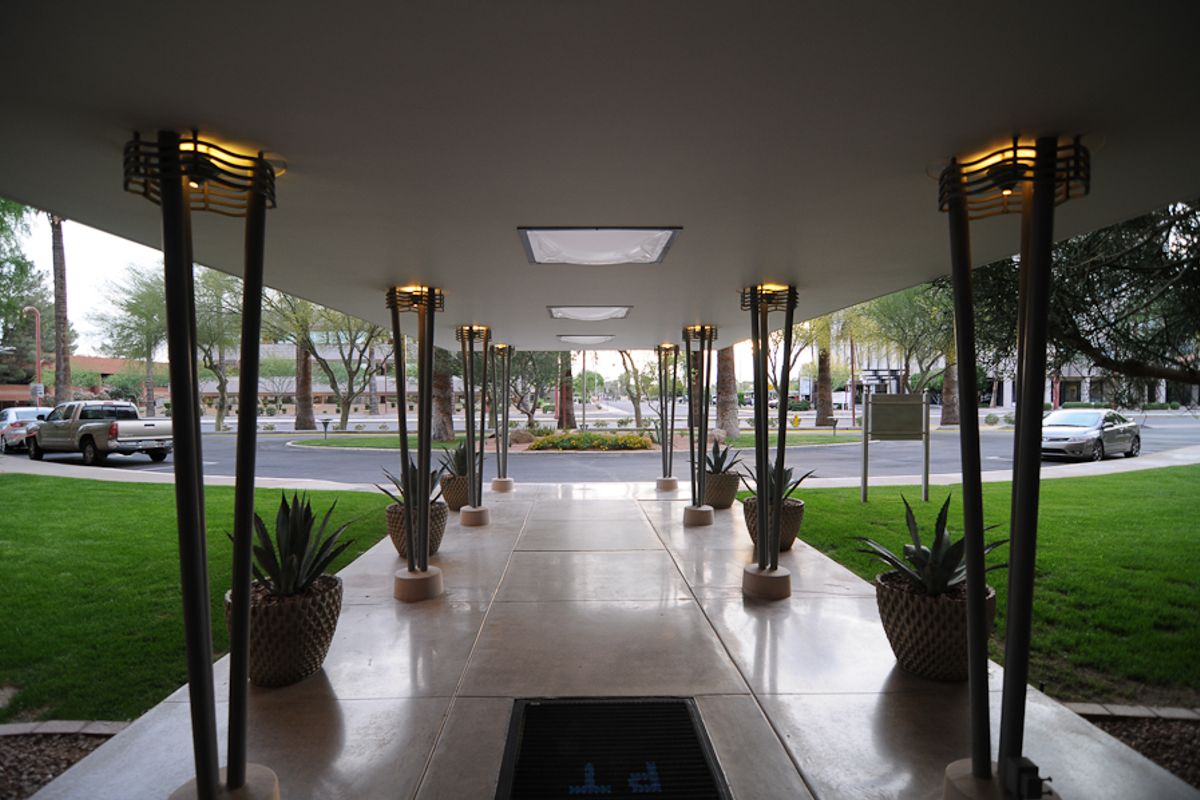 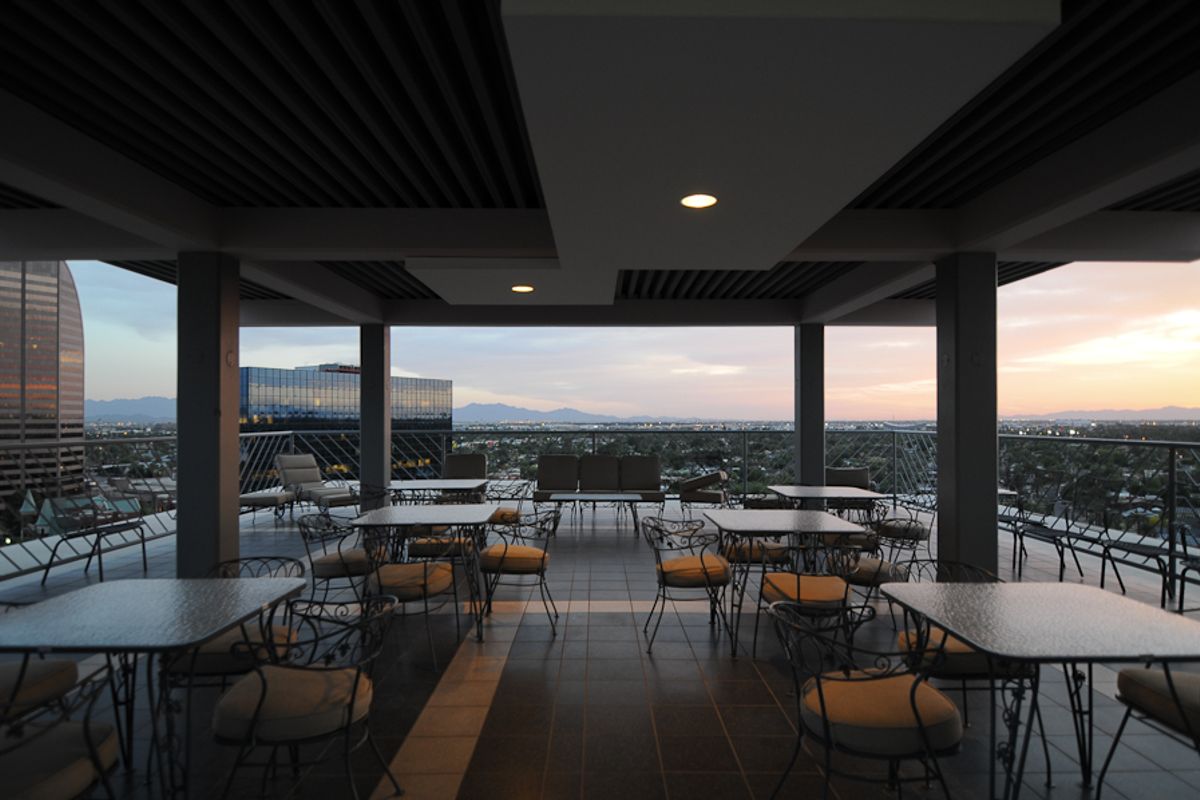 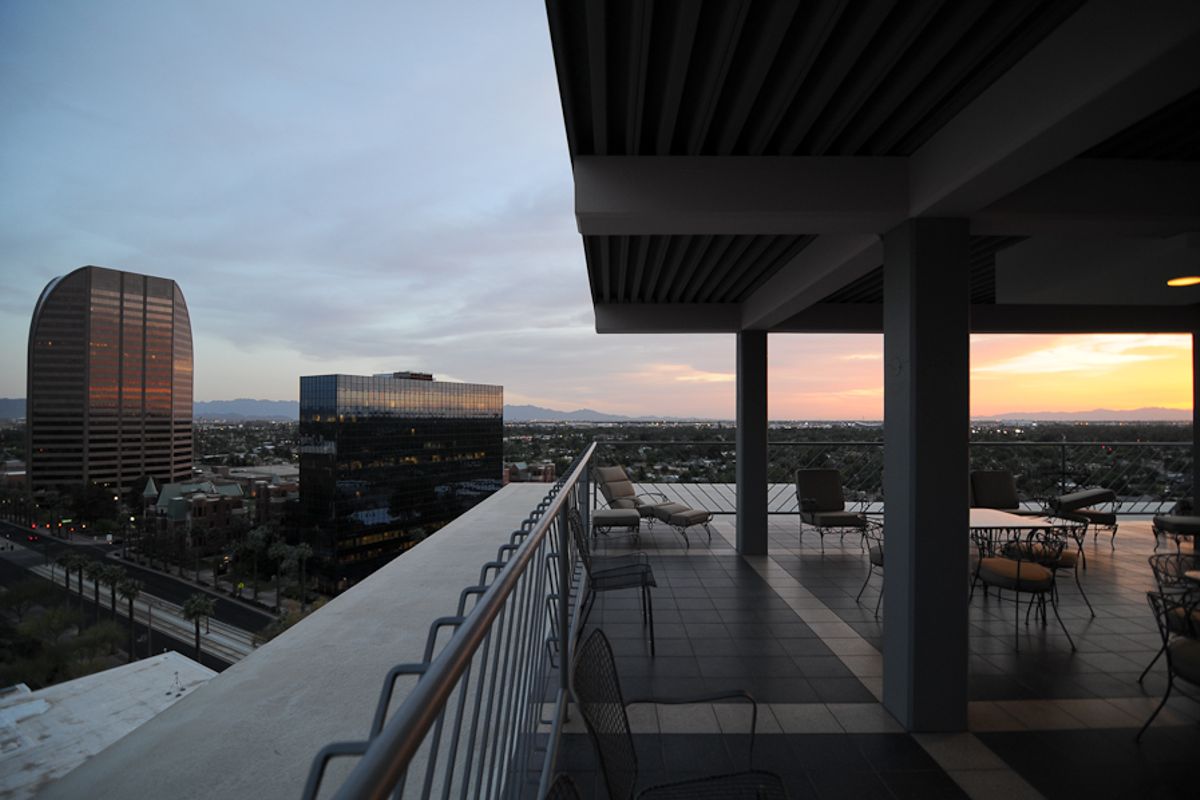 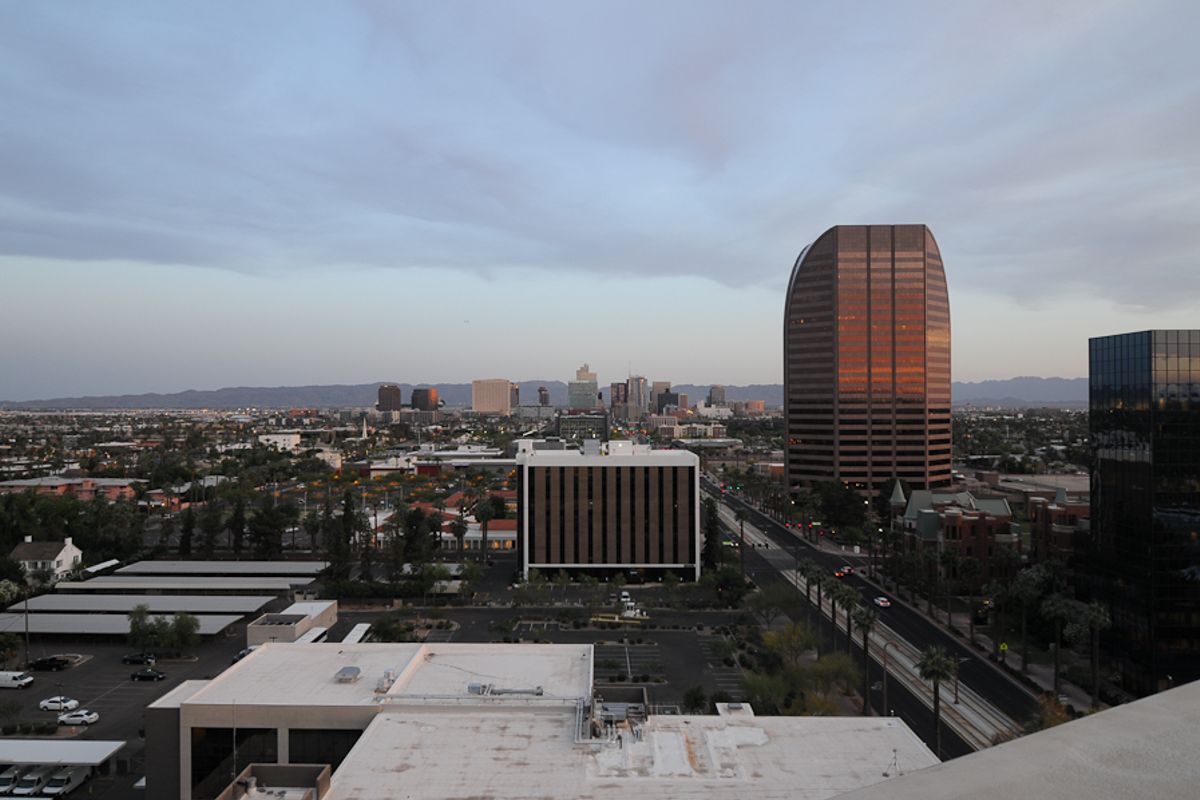 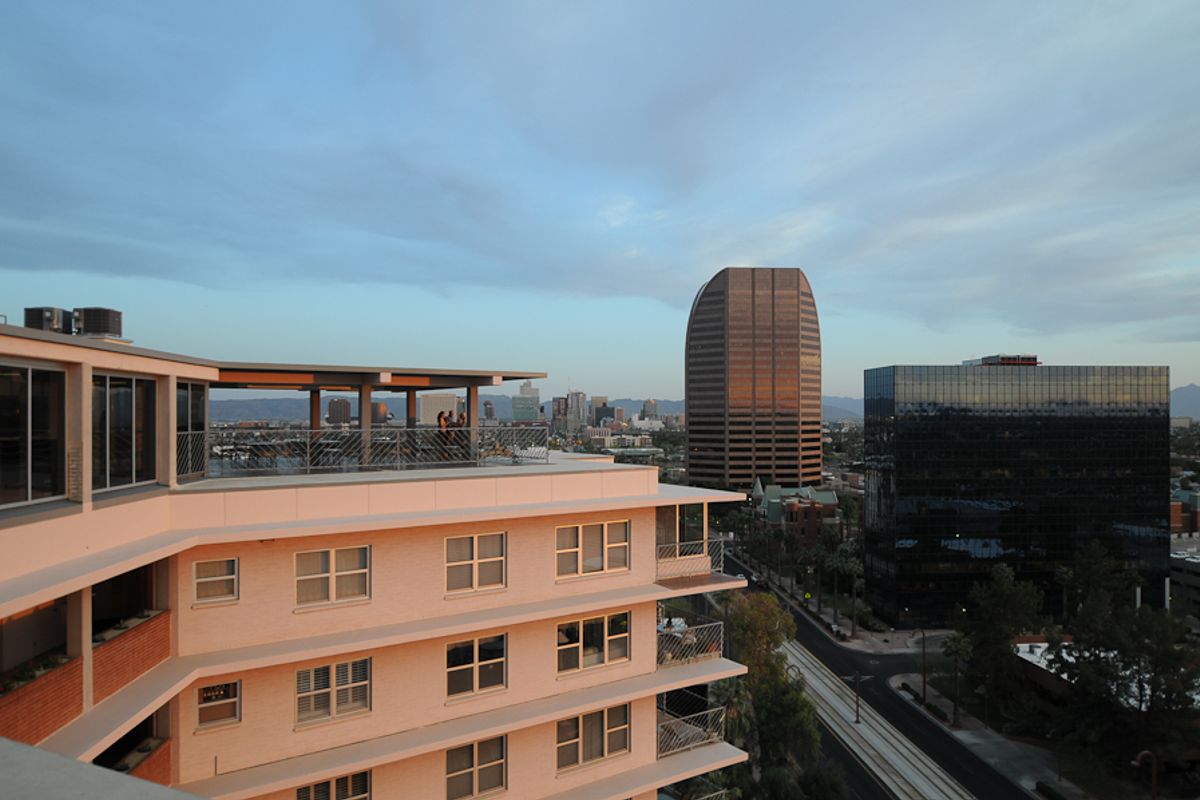 Phoenix Towers Co-Operative Apartments is a thirteen story high rise. It was built in 1957 and was the first residential high rise built in Arizona. The building is on the National Register of Historic Places.

The building was designed as a variation of Modernism by Chicago architect Ralph C Harris, who later lived in the building, and was built by Del Webb's construction company. The high rise consists of fifty seven residences (originally there were sixty but a few have been combined thus dropping the total to fifty seven) on thirteen floors. Originally floors two through seven housed six residences each and floors eight through thirteen held a total of four apartments each, one for each wing. There are three original floor plans with square footage of 1,210, 1,809 and 2,357 square feet. Interior finishes vary widely as many residences have completely or partially redone kitchen, baths, flooring etc... Every apartment includes two side by side parking spaces in the underground garage and a storage "pen" on the ground floor.

Residents pay monthly fees to the corporation, similar to HOA fees paid in condominiums. In the case of Phoenix Towers the fees not only cover the maintenance and operation of the building but also taxes and all utilities including basic cable for each residence. BE SURE TO TAKE THIS INTO ACCOUNT WHEN COMPARING PHOENIX TOWERS COSTS TO THOSE IN OTHER BUILDINGS.

Although ownership of a co-op apartment is legally different than a condo building, for all practical purposes it is very similar in that residents can pretty much do whatever they want with the interior of the apartment as long as they get Board approval and the renovations do not adversely affect the operation or aesthetic of the building.

Over the last several years the building has been largely if not completely renovated. Roughly $5 million was spent on new dual pane windows in every residence and throughout the common area, new fan coil units (HVAC) in each unit, new boilers and chilled water/hot water pumps, new hot and cold water valves throughout the building, electrical upgrades, new roof on building and on pool cabanas, new parking garage roof, new asphalt surface surrounding building, refurbishment of lobby's original terrazo floor, refurbishment of brick planters at each floor, total renovation of pool, pool equipment/systems, pool decking, pool furniture, and pool restroom, new landscaping, partial painting of building and an absolutely fantastic new and hip roof terrace that must be seen! All in all, the building looks great, and this is coming from a guy (me) who was not a fan of the building as late as 2010 because I thought it looked very long in the tooth. If you like mid-century modern mixed with contemporary style then Phoenix Towers is a must see.

Myth Buster! Some people believe that because Phoenix Towers is a co-op that certain classes of people are denied the opportunity to live there. Although I have never been present for any "new member committee meeting" I have been assured by a number of owners that the only real criteria for being "approved" for ownership is the financial wherewithal of the applicant. I'll take their word for it until/unless I see evidence or behavior that contradicts the claim.

One challenge? Because Phoenix Towers is a co-op, traditional mortgages that use ownership of real property (i.e. real estate) as collateral are not available. However, since approximately 2008, Northern Trust has a loan option for co-ops that uses stock as security. Call We Know Urban Realty if you'd like to view any apartment at Phoenix Towers or if you have questions about financing options.